The Dover Invitation Darts League launched the “Dover Darts Hall of Fame” to recognise inductees for their contribution to the local game.  This will be a permanent fixture at our summer presentation nights where a professional dart player will present a memento to the inductees to mark the occasion and the players of the league will also have the opportunity to show their appreciation.

2014 – Brian Pearce – Brian has a wealth of darts exepreince spanding 50 years, playing for Kent in the 70s and 80s.  Brian still supports all the league events and can be seen on the oche every week at the Diamond.  The picture here with Wayne Mardle pretty much sums up Brian.  We love you Mate! 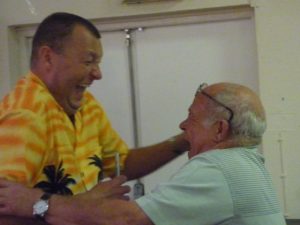 2014 – Albert Kemp – Albert spent over 35 years on darts committes in Dover and was always a man the league and its players could rely on.  Albert sadly passed away in 2015 but is forever in our hearts.  Albert is pictured below with Paul Perkins and Al Terry after presenitng them with their blind pairs winners medals.  We saulte you and miss you Albert! 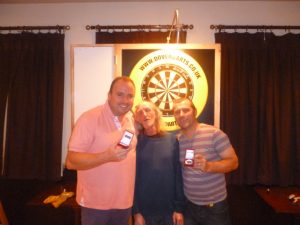 The Dover Invitation Darts League were delighted to announce the 2012 Hall of Fame entrant as Ash Battie, Captain of the Bull A.

Ash has been Captain of this side since the formation of the league in the summer of 2004, and has a truly remarkable level of success in both the summer campaigns and the winter which this league took control of in 2007.

Ash and his team, playing from several different venues over the years, have picked up an amazing eight league titles in the summer campaigns out of a possible nine, with runners-up in 2008.

In the winter league they have picked up three division one championships and two runners up places, out of five campaigns.

Another amazing record is in the team knockout competition, winning all four main knockouts since its inception in 2008.

Ash has also had success in pair’s knockouts.  Only two weeks ago he won the Blind Pairs with the Diamonds Brian Pearce and with Paul Perkins in 2007/08.  In the summer of 2007 he won the league pairs with long standing team mate Gary Mills.

He is massive supporter of Darts in Dover and also recently joined the sub committee for Dover Invitation Darts League Community and Charity Fund.

Winning a title in this league is tough, retaining is even harder, however to be the side that everyone wants to beat for the best part of ten years requires a good leader.  Knowing Ash like I do, he will always say it is down to his team, but on this occasion, ASH WE SALUTE YOU! 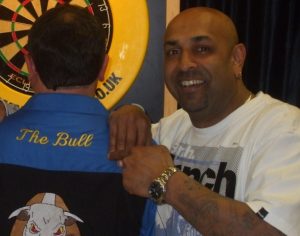 2011 – Ritchie Buckle – The Dover Invitation Darts League 2011 inductee in to the hall of fame is Ritchie Buckle.  Over the last 30 years Ritchie has dominated the local scene and been a force across the County of Kent.

Ritchie has made the TV stages of three PDC events, the 2002 World Grand Prix, 2004 UK Open and 2004 World Championships.

The 2004 World Championships was Ritchie career highlight when he reached the 3rd round, defeating Jan van de Rassel 3-1 in the first round and then experienced American Steve Brown 3-0 in the second.

His run was ended by two times world champion Dennis Priestley in a classic match, 4-3.

In the 2002 World Grand Prix he shocked the world of darts by beating the then number one in world Alan Warriner Little 2-1.

Summer 2008 Ritchie set a league campaign record of 18 180’s in just sixteen games and followed this in the Winter 2008/9 with a superb 15 in the same number of games.  The maximums were flowing once again in the winter 2008/9 season with Ritchie hitting another 14 180’s. 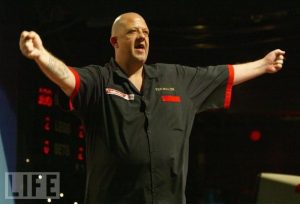 Tony, the towns most successful ever dart player had a distinguished professional career that lead to multiple titles all over the world.

He beat Eric Bristow 4-0 in the final of the WDF Europe Cup Singles and reached the World Professional Darts Championships semi-finals four times, losing twice to Eric Bristow and twice to John Lowe. Tony had the honour of playing for his Country in 23 singles matches, winning 15 of his games.

We have true legend of darts playing in our league, humble about his achievements and when talking to him about those great years, it is like he remembers every dart.  Tony, WE SALUTE YOU!  TONY IS PICTURED WITH ERIC BRISTOW AND JOHN LOWE AFTER LIFTING THE NATIONS CUP TRIPLES. 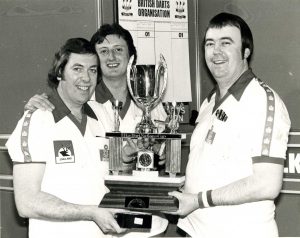 2010 – Billy Bell – If you have played darts in Dover over the last 50 years, you know Billy Bell.  Now 78 years old, he is still playing on Fridays and Sundays in Dover.

Billy has played darts up to County standard back in his prime darting years, the 70’s.  He was in fine company, playing in the same County side as Tony Brown and Dave Whitcome.

Bill has picked up local league titles for fun, whilst most importantly playing darts with his friends.

Sides including the likes of John Petts, Calvin Chaplin, Brian Morris and Dave Green dominated the Dover leagues throughout the late 80’s and the all of 90’s.

He is a staunch supporter of his local league and an ever present at the knockouts.  A great player and a great man who is respected by every player in the league.

2010 – Paul Turner – In 2002 Paul Turner took over the Dover Friday Night Invitation Dart League,  the league had 24 teams in three division`s, today the league has 37 sides playing in four divisions. We also now have knockouts (team, singles, pairs & blind pairs) , a successful Dover open & pro nights. Paul also runs the website which takes up about 2 hours every weekend. In 2007 PT took on the running of the winter league as well. Playing wise Paul plays for the Diamond and is a former Dover singles and pairs runner-up as well as being a former Dover super league player. The dart players of Dover owe you a lot Paul "Thank You". 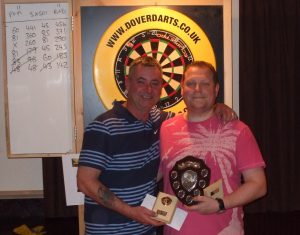