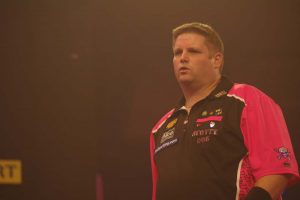 Due to a change in the BDO schedule the Winter Presentation Night has now had to be moved to the 27th October 2017.  The change in the schedule meant that neither Tony O’Shea or Richard Ashdown were available, and unfortunately Tony is not available on the 27th either.  However, the advantage of using Richard as our MC and booker is he has the contacts to find replacements.  We are delighted to confirm that now it wil be the 2015 BDO World Champion, Scott Mithcell, known in the darts world as Scotty Dog.  I am fully aware that many of you were excited to hear that we had Tony coming, but speaking to both Richard and Tony during the week they realy want to try and make that one happen in 2018.

Confirmed line up to date for the 27th October, note this is not the running order.  Brackets are entrance songs known to date.

Four tickets to this years Pantomime at the Marlowe Theatre, Peter Pan,  dartboard from Godden Darts and a months gym membership from Hourglass Gym.  See links below to those that have donated so far.