Ronnie Baxter (born 5 February 1961 in Blackpool, Lancashire)[ is a former World No. 1 English professional darts player. He uses the nickname The Rocket for his matches. Baxter is known for his fast robotic throwing action. He currently resides in his hometown Blackpool.

Peter David Manley (born 7 March 1962 in Cheam, London Borough of Sutton) is a former professional darts player who used to play in the Professional Darts Corporation.

He was named One Dart by commentator Tony Green after hitting the winning double on numerous occasions with his first dart during his first televised appearance at the 1995 Unipart European Masters, where he eventually lost in the final to Mike Gregory.

The nickname subsequently proved to be a heavy burden for Manley who despite a confident, outspoken persona only managed one major win – the 2003 Las Vegas Desert Classic – during his professional darts career. 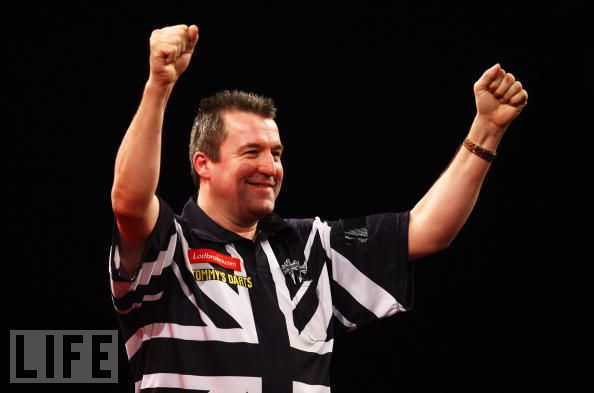